Poultry and animal husbandry industry in the Middle East and North Africa region has developed significantly in the past two decades. Many capitals entered poultry and livestock industry with the aim of developing it and supporting food security in the countries of the Middle East and North Africa. Looking at some examples of this, we find that the wealthiest countries in the Middle East, such as the Gulf states, have invested very generously in the livestock and poultry sector, as these countries seek to achieve their national food security goals and achieve self-sufficiency. Looking at one of the countries, the Kingdom of Saudi Arabia, we find that it supports investments in livestock breeding projects, poultry breeding projects and egg production. The Kingdom of Saudi Arabia provided more than billions of dollars to support the poultry industry, the production of eggs and poultry meat, the development of livestock and the feed industry to achieve food security. 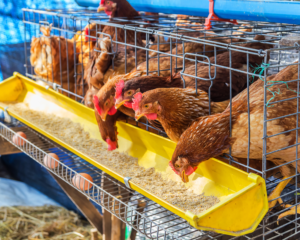 The results of this government support for the private sector have been shown in the poultry, livestock and feed industries. Saudi Arabia has achieved 60 percent self-sufficiency in poultry meat in 2020, and is now seeking to achieve food security at 80 percent of poultry meat in 2025.

Saudi Arabia has also achieved self-sufficiency in table eggs by 116%, and Saudi companies are exporting table eggs to countries such as the UAE, Bahrain, Qatar, Jordan. There are new investments in the poultry and table eggs industry. During 2020, the Ministry of Environment, Water and Agriculture (MEWA) granted more than 222 investment licenses to new poultry and table eggs projects with investments of more than 600 million riyals. MEWA also announced that it had granted more than 270 new licenses for new poultry projects, which included “broiler chickens, table eggs, poultry mothers, and poultry grandparents” in the year 2021 and the first half of 2022. The new licenses also included poultry incubators and automated poultry slaughterhouses.

This poultry fair is the ideal platform for national investors in Saudi Arabia to meet with global suppliers from companies specialized in the poultry industry. The number of poultry projects in the Kingdom is more than 2,600 commercial chicken projects. Poultry projects are considered among the promising and government-backed investments, because poultry and poultry meat, which is white meat, are the most types of meat consumed by citizens and residents. 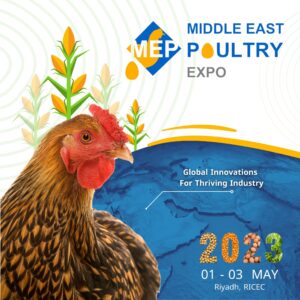 Saudi Arabia is ranked as the third largest consumer of poultry meat in the world, indicating that it is a major target market for global poultry producers such as Brazil, France and Ukraine. The average per capita consumption of poultry in Saudi Arabia is 50 kilograms annually, and local poultry companies annually produce about one and a half billion birds, and more than 5 billion table eggs.